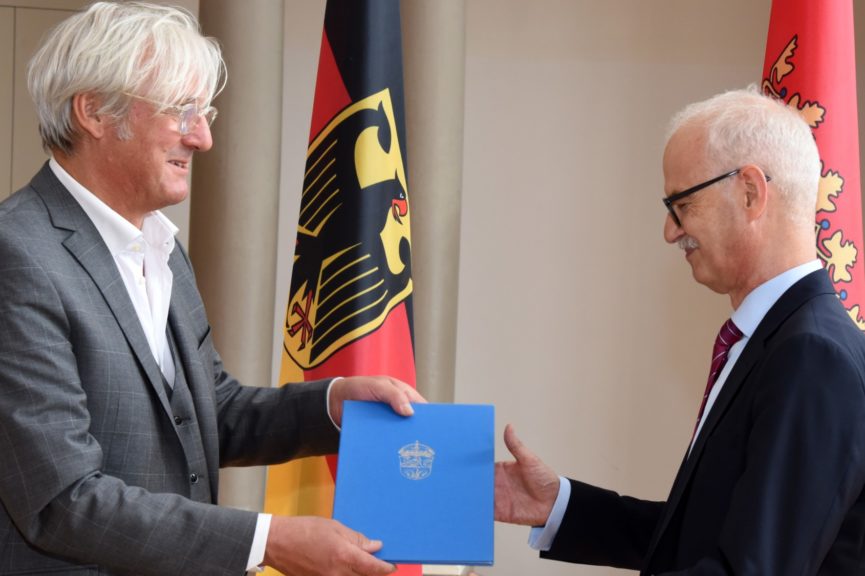 Prof. Hans Jürgen Prömel, Founding President of the University of Technology Nuremberg, has been honored with the Johann-Heinrich-Merck award by the “City of Science” Darmstadt. Prof. Prömel, former President of the TU Darmstadt, received the award for his numerous achievements in the academic landscape of Darmstadt. In his laudatory speech, the Lord Mayor of Darmstadt, Mr. Jochen Partsch, pointed out: „In his function as the President of the biggest university in Darmstadt, Professor Prömel contributed considerably to the development of our city. With his commitment and focus as well as his cooperative stance throughout he succeeded in turning the Technical University Darmstadt into a future-oriented, modern and open place of learning, thereby strengthening the identity of our city as “City of Science”.

After twelve years as head of the TU Darmstadt, Prof. Prömel has taken up office as the Founding President of the University of Technology Nuremberg on March 1st, where he continues his future-oriented approach. “Technical sciences are characterized by constant transition. This is why I am convinced that future-oriented concepts are essential, especially in the field of technical universities. You have to promote things and push forward. This was my motto in Darmstadt and it still is here in Nuremberg.”